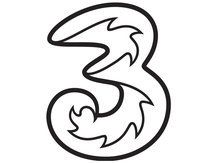 3 is hoping its mobile broadband continues to take off

In a round table with mobile network 3, its UK CEO Kevin Russell said the mobile phone industry needs some radical overhauling in order to keep competition fair in the future.

One major point of discussion was the issue of mobile termination rates, with figures showing that 3 pays around 6p per voice call and 2-3p per SMS to allow customers to connect with other networks.

However, it costs the network around 1p to host a call, and virtually nothing to allow a text to be sent, and Russell believes this is creating an 'artificial pricing flaw'.

"3 has paid over £190 million more than what we believe should be fair cost [for consumers to communicate with other networks]," said Russell.

"We think it's unfair, and [the regulations regarding] competition need to be addressed.

"It means we can't price aggressively. Solutions are relatively simple - bring mobile termination rates down to the right level, which is below 1p, and the EC is trying to push people to do that, or adopt a bill and keep system where traffic is exchanged without payment."

However, he pledged to keep the prices the same for pre-pay customers or better them, should the rates be dropped, and to make sure 3 customers never pay to receive a call.

3 will be offering a £15 a month tariff as of 1 November this year, where users will get unlimited minutes and text to others on the same network, saying this it the type of tariff it will put out to all consumers to be able to call any network should the mobile termination rates issue be resolved.

The other issue was one of mobile number porting - although your number can be ported in a number of countries around the world, the UK is still lagging far behind, and Russell blames the other operators for blocking it, saying they "want to get the costing right".

However, he believes the other networks should be working with the likes of Ofcom to thrash out a way forward, rather than taking legal action to block new regulations regarding quicker mobile number porting.

But the clear message was that mobile broadband was important to 3. Graphs showing a staggering take-up of data customers demonstrated the networks strong capacity, and the emergence of internet enabled devices, like the SkypePhone S2 with Facebook, Windows Live Messenger and other services, are clearly crucial to the future of the company, which Russell admitted was in trouble two years ago.

New sites to help the coverage of mobile broadband mean the UK will have one of the best networks of this kind worldwide by 2010, when 13,000 sites will have gone live in partnership with T-Mobile, with speeds up to 14.4mbps HSDPA.

And the iPhone? "I love the iPhone," he admitted. "But we've got some products, like the SkypePhone S2, and another in a couple of months that will help customers use our services even better."

The overall message was that 3 is still a relative minnow in the mobile phone market, despite describing itself as an innovator. It's hard to see the current UK regime, dominated by brands with reach the world over, changing dramatically over the next few years for mobile networks.

Mobile broadband has been the saviour of 3, which the brand readily admits, but it needs to go to the next level, and hope that 2G refarming, where network spectrum previously used by the 'Big Four' networks is re-allocated for data, is offered up to all and sundry, else the company will simply be back to feeding off the scraps thrown to it by the larger operators.