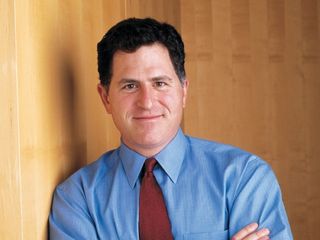 The world's second-biggest computer maker has admitted problems with its internal accounting amid accusations of overstated earnings. Dell has faced several investigations into its finances in recent history and has now released a statement featuring several frank admissions.

The issue could end up costing the company millions and be the cause of further repercussions as Dell seeks to bounce back from the $1 billion drop in earnings we reported earlier this month.

In a statement, the corporation admitted its auditors have "identified a number of accounting errors, evidence of misconduct, and deficiencies in the financial control environment."

The problem could result in the adjustment of previous financial statements says the Texas-based company. It hasn't yet finished its investigation. Dell is now considering "whether the accounting errors necessitate any restatements of prior period financial statements, and to assess whether the control deficiencies constitute a material weakness in Dell's internal control over financial reporting."

Associated Press has reported that these findings led to the departure of CEO Kevin Rollins back in January, while the Wall Street Journal has speculated the inflated earnings could have resulted from the lack of funds set aside to guarantee customer warranty cover.