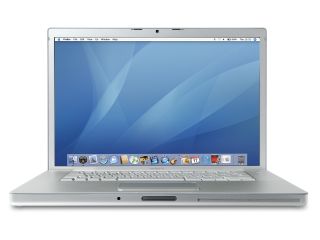 If you're an iPhone owner, you're sure to know how intuitive the device's multi-touch functionality is. Apple has incorporated some of its gestures, like 'pinch' and 'swipe', into the trackpad of its new MacBook Air. According to the company, users will be able to perform a host of gestures not found on current notebooks, such as flipping a picture 90-degrees or zooming in and out of screens.

Apple believes multi-touch is key to its future, with reports suggesting that the company is planning to add the functionality to all its notebooks, starting with the 15- and 17-inch MacBook Pros. It's rumoured that Apple could release the updated systems within the next few weeks, suggesting a full revamp of the laptop product line is imminent.

In fact, there are already reports that the new MacBook Pros will likely be the first from Apple to employ Penryn-based Core 2 Duo mobile processors from Intel, which could range in speed from 2.5GHz to 2.6GHz with 6MB of Level 2 cache.

So far, Apple hasn't announced that it will include a multi-touch trackpad with the new MacBook Pros, but judging by the company's emphasis on multi-touch at Macworld, it looks like it's only a matter of time.