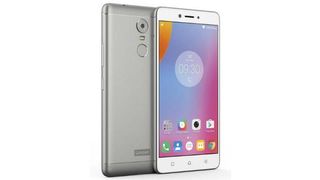 Lenovo is gearing up to unveil the K6 power in India on November 29. The handset was showcased at IFA 2016 in Berlin in September and comes with a mammoth 4,000mAh battery, 4G LTE support and a 5-inch fullHD display.

Lenovo is set to host a launch event in India on November 29 where it will reveal the K6 Power. The media invite reads “Witness the kickass launch of Lenovo K6 Power”. The smartphone will most probably come with the Vibe branding in India.

The highlight of the device is its mammoth 4,000mAh battery which is sure to last more than a day of intensive use. On the imaging front, the handset comes with a 13MP rear camera with phase detection auto-focus and a LED flash. On the front, there is an 8MP camera.

The successor to the K5 series will be available in 3 colour variants, namely Gold, Silver and Dark Grey.

The pricing is unknown at the moment, but we expect it to be priced around the 12-15k range.