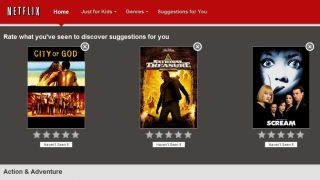 Amazon has been splashing the cash on expensive deals with Hollywood in order to rival Netflix' offering, but is less able than Netflix to cover those costs through dedicated subscriptions to the streaming service.

The company only offers Instant Video in the U.S. as an added bonus for its $79-a-year Prime customers, which brings free 2-day delivery and also includes a free book from the Kindle Lending Library each month.

Hastings had previously referred to the combined offering as a "confusing mess," saying it lacked "brand clarity."

The Netflix boss came to these latest estimates by analysing how much Amazon spent during content battles with Netflix and claimed that the losses are spread over Instant Video and European Lovefilm service, which Amazon owns.

In response, an Amazon spokesperson told AllThingsD: "We don't comment on our individual investments but it's correct that Prime Instant Video is an amazing value for customers. Not only do Prime members get unlimited streaming video, but they also get free 2-day shipping and the Kindle Owners' Lending Library as well."

Meanwhile, Amazon has also stopped offering the Prime service, which includes Instant Video, for $7.99 a month.

The company took aim at rivals Netflix and Hulu by offering access to the service on a month-to-month basis, but new customers will no longer be accepted.