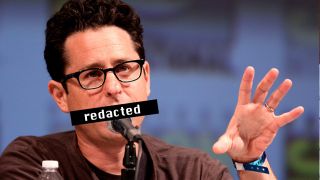 Star Wars: The Force Awakens premiered last night, which means that the secrets of its juicy, much-anticipated plot are officially out of the Disney vault. Fortunately, there's a Chrome extension that could very well be your best friend until the film launches later this week.

Force Block is a must-download if you're a self-respecting Star Wars fan who doesn't want even the smallest detail spoiled.

Fortunately, many of those who saw the film are respecting the #nospoilers code, but there are people out there who will surely get a sick satisfaction out of ruining the film's surprises for everyone who has to wait until Friday.

When you download the Force Block extension for the Google Chrome browser, a screen take-over will appear any time it detects something that could be a spoiler for the upcoming film. During my experience, it censored plenty of things that definitely weren't spoilers, but hey, I guess it's better to be safe than sorry until I get the chance to see the movie for myself.

We don't know if or when other sites will begin spilling their secret knowledge of the spoilers contained in Star Wars 7, but rest assured, techradar will be keeping our feeds spoiler-free. Despite our celebratory 'techvadar' moniker, both the Dark and Light Sides can agree that spoiling this movie would be treacherous beyond what the galaxy's greatest evils are capable of.