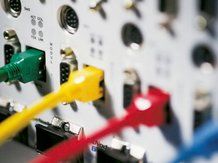 UK broadband users are to get a £500 million bill for tackling online piracy, according to a report in today's Times newspaper, working out at £25 per user per year.

Ministers have confirmed that the Digital Economy Bill, which has already generated mass protest, will force ISPs to raise the costs of an average broadband subscription by £25 a year, costs associated with warning users, then slowing or stopping the connections of those who subsequently refuse to stop downloading.

Ministers have also confirmed that the measures will result in £1.7 billion in extra sales for the music and film industries, and an extra £350 million for the government in extra VAT.

Charles Dunstone of the Carphone Warehouse, who has been a vocal critic of the scheme, said, "Broadband consumers shouldn't have to bail out the music industry. If they really think it's worth spending vast sums of money on these measures then they should be footing the bill; not the consumer."

A spokeman for the Department of Business, Innovation and Skills, said, "the overall benefits to the country far outweigh the costs."