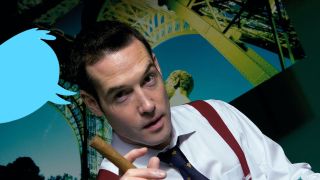 Not the actual trader

A stock trader in the US has just made a mint thanks to a solitary tweet that hinted at a deal taking place between Intel and circuit board maker Altera.

The tweet, sent by a Wall Street Journal journalist, was an exclusive story for the publication and turned out to be completely right. Intel did actually buy Altera, pushing the share price of the company up 28% and netting one unnamed trader $2.4 million.

According to the New York Post, the share transaction was done within a minute of the tweet going up, which meant it went through before trading was suspended.

It's not clear if it was just very good luck the trader was checking Twitter at the time, or he was alerted by a bot. Either way, someone is whole lot richer because of their Twitter feed.