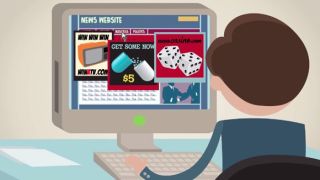 Some ads are annoying, but are they all?

Adblock Plus users expect to see zero ads when surfing the web, but there are always some that slip through - including ads from big companies like Google, Microsoft and Amazon.

And that's because these companies are paying Adblock Plus to be whitelisted and ensure their ads still appear, reports Financial Times.

We heard these same rumors in 2013, when reports said Google was paying to be put on the Adblock Plus "acceptable ads" whitelist.

The list is meant to let "non-intrusive" ads slip through the Adblock Plus filter, and it's reportedly free for small businesses, while larger companies like the aforementioned have to pay to get through.

According to the latest report, that practice is ongoing, and if anything more big businesses have jumped on board.

It's unclear how much they're paying, but it sounds like a significant amount. Now the adholes who use Adblock Plus have to ask themselves: is this the type of advertising you want to support?