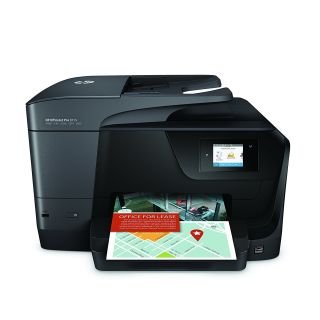 HP is looking to patch one of the most pressing threats to the modern workplace with a new bug bounty program for printers.

The initiative, described by the company as the "first of its kind", will reward those who spot security flaws in its products with some serious money.

Anyone spotting a new flaw could be set to score up to $10,000, with HP also saying it may reward those who find existing threats with a "good faith payment" in certain cases.

HP has partnered with security crowdsourcing firm Bugcrowd to launch the program, utilising the latter's wide-ranging expertise and customisation to design a printer-specific program.

“As we navigate an increasingly complex world of cyber threats, it's paramount that industry leaders leverage every resource possible to deliver trusted, resilient security from the firmware up," said Shivaun Albright, HP chief technologist of print security.

"HP is committed to engineering the most secure printers in the world.”

The company has long looked to push the security of its workplace products, noticeably through its big-budget "The Wolf" video series, which starred Christian Slater as a Mr Robot-esque figure highlighting the risks facing today's top businesses.