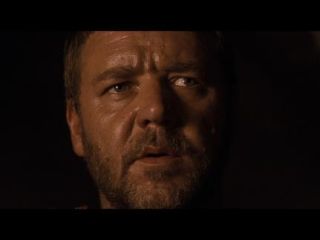 In the first of a weekly series, Home Cinema Choice – part of the TechRadar network – takes a look at an upcoming Blu-ray disc which dazzles the audiovisual senses and reminds everyone why disc-based media is still alive and kicking.

This week, HCC took Robin Hood for a spin, the reboot of the titular myth directed by Ridley Scott and starring Russell Crow.

"It's no slouch in the picture department either, delivering a crisp and intricately detailed image you'll be using as a showcase for your home cinema system."

"And Scott's commitment to always delivering the most-thorough package possible is once again demonstrated by an impressive collection of extras including a fascinating picture-in-picture viewing mode complete with interviews and behind-the-scenes footage, plus an hour-long making-of documentary."

To show just why the Blu-ray impresses so much when it comes to picture quality, HCC has taken a number of screenshots from the disc and posted them online in all their AV glory.

The stills have been reproduced as they are seen on the disc, so the quality of the picture can be analysed.

The Robin Hood: Extended Director's Cut Blu-ray has a UK release date of 20 September and is priced at £24.99.

For more information on what Blu-rays a home cinema enthusiast should be spinning, check out http://hcc.techradar.com.