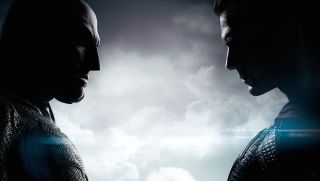 The latest Batman v Superman: Dawn of Justice trailer reminds us why these two have a... testy relationship.

Previous trailers have underscored the latter part of the movie's title, showcasing Batman and Superman banding together against other villains. Here, however, it's all about the 'versus'.

The trailer begins by reminding us that Superman regards Batman as a vigilante, while Bruce Wayne sees Clark Kent's alter ego as an alien who leaves destruction in his wake.

There's not too much new in this trailer, but we do get to see a few clips from the new TV spot that aired over the weekend, which had Superman telling Batman: "The Bat is dead. Bury it".

The film is set to release on March 25. You can check out the new trailer below.