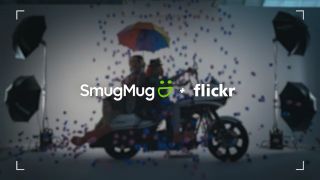 Once upon a time, Flickr was the go-to photo sharing site for professional photographers and amateurs alike who wanted a secure and feature-packed site to store their images online. Since then, the likes of Google Photos and Apple Photos have grown to overtake Flickr, which was acquired by Yahoo in 2005.

Well, Flickr might now be set for a comeback, because it's got new owners – photo storage and portfolio site SmugMug has bought Flickr and sounds keen to give it a fresh rebrand and update for 2018.

"SmugMug has acquired Flickr," reads an update on the SmugMug site. "We couldn’t be more excited to unite two brands that share the same mission, passions, and values." At the moment the terms of the deal, including how much SmugMug paid Yahoo for Flickr, haven't been revealed.

If you've got a Flickr account, rest assured that it's not going anywhere, at least in the short term. Flickr is going to be kept as a separate entity, but SmugMug says it wants to grow the site and associated mobile apps, and add new features. Likewise, SmugMug accounts will operate as normal for the foreseeable future.

"Here at SmugMug we love and live photography, which makes us the perfect partners with the team at Flickr," says the SmugMug team. "Our communities complement each other and have for years. Together our brands give photographers a place online to fit in and a place to stand out."