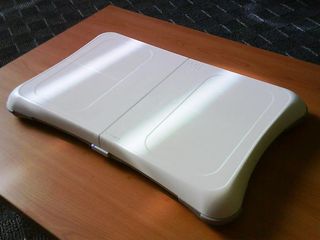 Wii Balance Boards on the NHS, anyone?

The Nintendo Wii Balance Board offers a very viable – and cheap – alternative to the lab-grade force platform usually used by doctors to assess the standing balance of patients, according to a new scientific paper.

Published in ScienceDirect, the paper was co-authored by the Centre for Health, Exercise and Sports Medicine, at the University of Melbourne in Australia, and the Department of Physiotherapy in Singapore General Hospital.

Doctors pitted the Wii Balance Board, which retails for around £70, against a laboratory-grade force platform, which they called the "gold standard," as a way to discover whether patients have impaired standing balance.

The purpose was to see if the Balance Board could qualify as a validated system to precisely quantify centre of pressure (COP).

The board was hooked up to a laptop via USB, and 30 test subjects were asked to perform a mix of single and double leg standing balance tests on the board.

Cheaper and just as good

Although the minimum detectable change for the Wii Balance Board exceeded those of the force platform in three of the four tests, the test concluded that the Balance Board was a good tool for assessing standing balance.

Noted the paper about the test: "Given that the WBB is portable, widely available and a fraction of the cost of a FP, it could provide the average clinician with a standing balance assessment tool suitable for the clinical setting."

Reports that the Wii Balance Board is to be rebranded 'Dr Mario's laboratory-grade force platform' are still unconfirmed.