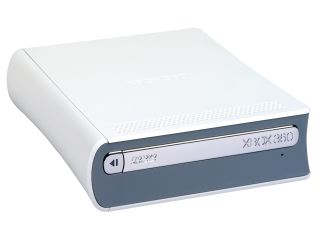 With the Xbox HD DVD drive long gone will inbuilt Blu-ray be the next step?

DigiTimes cites ‘unnamed industry sources’ this week that claim Lite-On is expected to start delivering new built-in Blu-ray Disc (BD) players for Xbox 360 to Microsoft for assembly in the second half of 2008, just in time for Christmas.

In addition to built-in Blu-ray drives, the report also claims that (again,‘unnamed’) ‘power supply makers’ have informed them that the ‘next-gen’ Xbox 360’s power supply will be reduced from 210 watts to 170 watts.

Engaget notes that Falcon-based 360s are already running at 175 watts, which suggests that the DigiTimes report should be taken with a healthy pinch of salt and be filed squarely under ‘rumour’ for the time being.

Principal analyst at Forrester Research, Paul Jackson said of the rumour: “I have no information on this, but it is entirely plausible.”

“If one were to construct a rumour about who would be providing Blu-ray drives for 360, then Lite-On, as one of the major Blu-ray drive manufacturers, would of course be at the top of the list.”

As to when Microsoft might announce such news, Jackson did not feel that it would be in the near future. “Microsoft does not want to add anything to the package right now, it wants to keep the price point as low as possible at retail, so I doubt we will hear any official announcement about anything like this in the near future, or even at E3 [in July] as it might dampen demand for the current Xbox 360 offering,” he added.

Lite-On's UK reps told TechRadar the company has no comment to make on the story, and we are still waiting for comment, confirmation or denial from Microsoft, so stay tuned for updates.