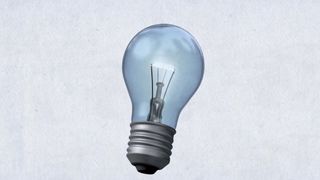 Update: While we hope to see the PS4 in its plastic flesh by E3, it's worth noting that the DualShock 4, the only actual piece of hardware Sony rolled out Feb. 20, might go through some changes before we see it again.

"It's near final," Yoshida said in an interview with Engadget. "It's just gonna be small tweaks being done."

Of couse, the console's reported specs are also subject to change before we see a final product as well. We'll know all come E3...we hope.

Sony's PS4 event left us lusting after a console that could be as attractive as a rotting possum corpse for all we know.

So what's the deal Sony? Why show us the controller but not the actual console?

The good folk over at Kotaku snatched a couple of seconds' conversation with Shuhei Yoshida, president of Sony's Worldwide Studios and pressed him for answers.

"Why do you care?" he 'joked' to begin with. Yeah, why would we care what the console looks like, it's only going to sit in our living rooms for the next five years.

But what's a console announcement without an actual console? "When we planned for this event, obviously we discussed what we should show and talk about," Yoshida explained.

"We really wanted to explain what we've done with the DualShock 4 but as far as the system itself, we have to keep something new for later.