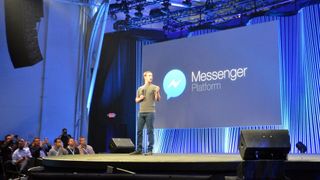 Facebook is continuing on its quest to make Messenger as feature-packed and comprehensive as it possibly can, and the latest addition to the versatile messaging app is an option to join public chat rooms, something we saw in leaked code last month.

The feature's called Rooms, and if that sounds familiar it's because Facebook tested a separate app with that name a couple of years ago. While the app didn't last, some of its functionality will now be available in Messenger itself.

Messenger already supports group chats but this is more for wider conversations that anyone can join in with, according to Facebook, without having to be already connected on the social network. However, Rooms can be made private if required, with approval required to join.

Rooms with a view

Right now Rooms is only available in Australia and Canada, but with Facebook acknowledging the new feature publicly, there's a good chance the rest of us will get it somewhere down the line.

"This will be for topic-based conversations and so people can talk with others they may not know," Facebook product manager Drew Moxon told The Courier Mail. Think your favourite sports team, or (if you dare) politics.

Bulletin boards and public chat rooms helped form the online communities that the early web was built on, so in some ways it's already a tried and trusted way of communicating - but this time locked into Facebook's app on your mobile.