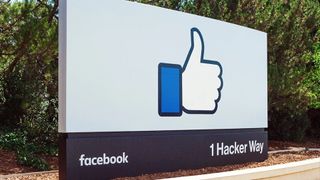 While you're busy browsing through photos from your friends and liking their opinionated political rantings, Facebook engineers are busy trying to weed out fake accounts and comment spam, and apparently they're making progress.

First Facebook announced it's making progress in "protecting the integrity of activity" on the social network: basically busting fake accounts that aren't connected to real people and stopping people from buying and selling likes or other types of engagement.

Facebook says its algorithms are getting better at spotting fake accounts automatically, and that tens of thousands of dodgy profiles were recently removed in France alone. However, Facebook admits it's an "ongoing challenge" to keep on top of the issue.

Facebook has also shared news of a six-month battle to stop an extensive spamming scam that flooded the social network with fake likes and comments, one that used advanced techniques to hide the locations where its posts were originating from, and to prevent Facebook from spotting the scale of the operation.

"The apparent intent of the campaign was to deceptively gain new friend connections by liking and interacting primarily with popular publisher Pages on our platform, after which point they would send spam," says Facebook.

Facebook says a large part of these spam interactions have now been removed, and its detection tools should help it to block such activity in the future. Sadly, there's still nothing to stop your friends from uploading embarrassing photos of you...