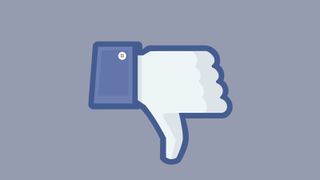 Although Facebook attempts to improve its Android app with every update, a recent independent test performed by Tech World Zone (TWZ) has revealed that the app has a tendency to suck up an inordinate amount of battery life on Android devices.

Facebook has known about this issue for a while and the company’s central item officer, Chris Cox, even instructed his staff to drop their iPhones for Android devices in an attempt to help uncover and solve the problem. It’s an interesting move, but it doesn’t appear to have worked.

Earlier this year, Android blogger Russell Holly’s findings showed that Android battery life and performance improved without the Facebook app, and a group of people on Reddit supported his claims after performing tests of their own. These Redditors found that without the Facebook and Messenger apps, other apps on their smartphones launched faster and performed better.

Seeing this, TWZ has decided to explore other means of accessing Facebook outside of its app to see if this would improve smartphone battery life. By swapping the Facebook app for Metal, a wrapper for Facebook’s mobile site, the tester found that their Huawei Nexus 6P battery life was 20% better off over the course of a day. It also proved to be the case over a whole week.

Using Android’s built-in battery statistics, the tester didn’t find that Facebook was using a large amount of power, but said it was evidently using more power in the background than it had to as it was having an effect on the battery utilization of various Android administrations.

When contacted by TWZ about the issue, Facebook replied saying “We have heard reports of a few people encountering speed issues coming from our Android application. We are investigating this and will update you as often as possible. We are focused on keeping on enhancing these issues.” They had no comment, however, on the battery life issues.

Of course, the test performed by TWZ is only on one smartphone so if you want to see whether getting rid of the Facebook app on your Android device could actually improve its performance, the best thing to do is try deleting it for yourself. There are a few replacement apps out there such as Metal, but you can also just access Facebook through Chrome.

It’s not quite as convenient, but if it improves your smartphone's performance and battery life it could be worth it. Besides, you might find yourself mindlessly clicking into the Facebook app less - and there’s something to be said about not being bombarded with notification symbols as soon as you unlock your phone.