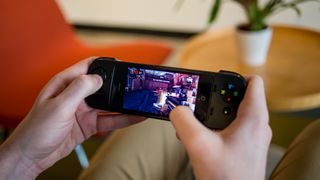 Apple gives game controllers MFi certification; why not appliances too?

Apple's foray into the burgeoning smart home device market may be a simple extension of the Made for iPhone program, not the full software platform that was rumored on May 26.

The earlier report said Apple was preparing to unveil a software platform for smart appliances like thermostats and refrigerators that would let those gadgets interact with iOS devices.

That may still be the case, but now Gigaom says Apple's smart home initiative may be little more than a set of standards for those devices that would be integrated with Apple's existing MFi program for game controllers.

The site didn't identify its sources, but said they claimed to have knowledge of and/or involvement with the project.

First air conditioners, then the world

This doesn't mean you won't be able to control your home's temperature and lighting from an iPhone or iPad, but it does seem Apple may not in fact be working on an entire platform for those gadgets.

Apparently the program will focus on creating a Wi-Fi-based ecosystem for connecting smart devices and may include Bluetooth-based voice controls, but, "it won't have some sort of software-based automation layer controlled by Apple that supersedes the original apps."

Nevertheless, much like iOS game controllers, users shopping for smart home gadgets will reportedly be able to look for the MFi label and know their system will be connected and compatible.

In fact, Apple already dropped its MFi stamp on a smart air conditioner from Chinese company Haier during CES 2014, according to CNET. The appliance is easy to connect to iOS devices, and that could be an indication of what's in store for the future of this initiative.

The June 2 WWDC announcement we've been hearing about is likely to include a slew of additional home devices that will be stamped with MFi certification, but we'll have to wait and see to be absolutely sure.