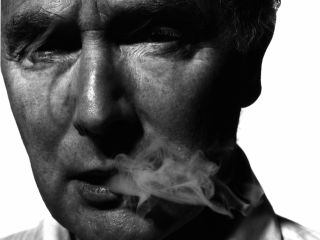 This year's Nintendo-sponsored Handheld Learning Conference in London in October is host to a wide range of leading educationalists and technologists including futurologist Ray Kurzweil and ex Sex Pistols' manager and artist Malcolm McLaren.

According to the conference, kids entering our schooling system today will be using non-keyboard based gesture-recognition and super-intelligent computing technologies by the time they leave full-time education.

The delegates at the 2009 Handheld Learning Conference will be considering how we need to "prepare for such a future where the only certainty is exponential change in the capability of pervasive consumer technologies."

The Singularity is Near

Ray Kurweil is the brains behind the recently-launched Singularity University in the US, funded by none other than NASA and Google, while Malcolm McLaren is listed in the conference speakers' schedule as an artist (although he is of course best known as the controversial manager of UK punk band the Sex Pistols).

These influential (and no doubt, thought-provoking) speakers listed above will be joining some of Britain's highest profile educationalists, including: Ofsted Chair, Zenna Atkins; former Commissioner of London Schools, Sir Tim Brighouse; and David Cavallo, Chief Learning Architect, at MIT and One-Laptop-Per-Child (OLPC).

"At a time when the world is undergoing massive transformations; culturally, financially, environmentally and technologically, there couldn't be a better time to transform learning by pressing the reset switch on a Victorian past and looking at things in ways more suited to learners in the 21st Century," said Conference founder, Graham Brown-Martin.

Kurzweil will be discussing his thoughts on three-dimensional molecular computing will provide the hardware for human-level artificial intelligence well before 2030.

David Yarnton, General Manager of Nintendo UK said of the event that he has been "consistently impressed and surprised at how leading educationalists have been adapting off the shelf video games to engage their students in rich learning experiences".

Nintendo will be supporting a "Games for Learning" workshop to show off the ways in which Wii and DS are already being used in UK classrooms."

The Handheld Learning Conference has been organised in order to allow delegates to "discuss, debate and demonstrate ways in which learning and teaching can be positively improved using the technology already embedded in the everyday lives of many learners."

For more, check out handheldlearning2009.com