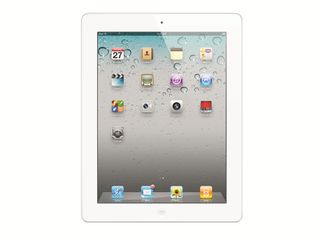 The Sun has reported that the Queen has asked to be bought an Apple iPad 2 after being impressed by her grandsons' gadgets.

The British tabloid suggests that the sight of the newly married Prince William and his brother Prince Harry using the Apple tablet has persuaded Her Royal Highness that she wants an iPad 2.

Quoting a royal insider – and we're assuming that this isn't coming via wire tap – the Queen was "particularly taken with how easy it was to use, the large screen and how light it was.

"For a woman of her age, she is very switched on. It was only a matter of time before she asked someone to go and get her one," the insider added.

The Queen is not backwards when it comes to technology, with the 85-year-old checking out everything from email to 3D, but it's probably fair to label her an early trier rather than early adopter.

We're relatively certain that she will be given help putting on the latest Apps – after all who would deal with iTunes when one can get the footman to do it?

And we'd love to know how many stars she gets on Cut the Rope – considering she's being cutting ribbons all her life.