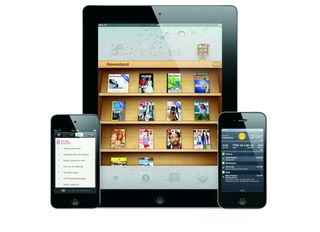 iOS 5 will bring an earthquake warning system for Japanese users

Apple has built an earthquake early warning system into iOS 5 for iPhone users in Japan.

Following the March quake which devastated much of the country, Apple has added its own built-in service to compliment those apps already available on the App Store.

The new service can be turned-on via the notifications centre.

Japan boasts the advanced earthquake early warning system in the world, with an online system that provides up-to-the-minute updates on activity registered on over 1,000 seismographs.

The app in iOS 5 will plug directly into that system, with Apple warning that constant connection could affect the battery life for iDevice users.

Apple has shown plenty of support for the crisis-torn country, since the quake/tsunami/nuclear meltdown earlier this year.

The company offered shelter and internet access at its 7 retail store locations, and enabled red cross donations through iTunes.

iOS 5 is currently in Beta with the sixth version test version of the operating system rolled-out to developers on Friday.

It will be made available for iPhone, iPod touch and iPad users this autumn, with a release date yet to be confirmed.