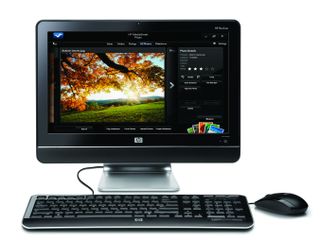 The HP investigation followed allegations from a former contractor with whom Mr Hurd had admitted to having "a close personal relationship" with and had submitted false expense reports over, in order to conceal the nature of the relationship.

Michael Holston, HP's general counsel, told Bloombergthat Hurd had "demonstrated a profound lack of judgment", but that he had not breached HP's sexual harassment policy.

Mr Hurd himself added: "As the investigation progressed, I realised there were instances in which I did not live up to the standards and principles of trust, respect and integrity that I have espoused at HP."

He is to be replaced on an interim basis by Cathie Lesjak, HP's Chief Financial Officer.

The contractor whose sexual harassment accusation against Hurd has since stepped forward to claim that she was "surprised and saddened" and never intended for Hurd to lose his job.

"I was surprised and saddened that Mark Hurd lost his job over this. That was never my intention.

"At HP, I was under contract to work at high-level customer and executive summit events held around the country and abroad," Fisher added. "I prepared for those events, worked very hard and enjoyed working for HP."

Fisher worked as a contractor for HP from late 2007 through 2009. Mr. Hurd has since settled the matter privately with Ms. Fisher for an undisclosed sum.

Via Reuters and The New York Times