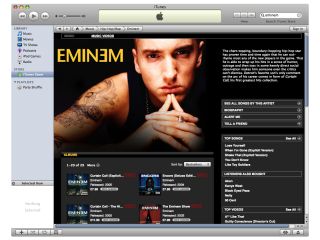 A well-respected blogger for ZDNet has stated his belief that the mysterious spate of Windows crashes in the past few days is down to the latest Apple iTunes update.

Ed Bott believes that he has managed to replicate the common Blue Screen of Death (BSoD) crash, and offers his evidence that it is a driver from the latest iteration of iTunes (8.0) that is causing the problem.

Inevitably, with the driver not overtly mentioned in the software, Apple could find itself criticised for putting software on people's computers by stealth.

"Apple is also sneaking a couple of driver updates onto the system," says Blott. "One is a USB controller update, which is apparently used when connecting an iPod or iPhone to the system.

"On my system, this driver file was copied to the system but was not installed until I connected an iPod Mini via a USB port. Most of the trouble reports on the Apple forum indicate that this driver is identifying itself in the text that appears on the STOP error page.

"The only clue that this driver is being installed is in the System Restore dialogue box."

Echoes of the past

It certainly wouldn't be the first time that Apple has been criticised over its method of getting software onto people's PCs.

The Cupertino company recently found itself under fire when it used an iTunes update to push its Safari browser as a critical software update, something it finally moved to remedy.

Of course, with the prevalence of iPods on the market, iTunes is one of the most popular media softwares across the realm of personal computers.

"Once again, Apple is using its automatic update process to deliver massive amounts of new software to users, including a device driver that has a long and checkered history of causing the Blue Screen Of Death to appear."

"And it's delivering this massive payload without even a pretence of proper disclosure and without asking consent from its users."