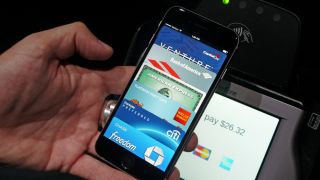 Mobile payments are nothing new, with the likes of Apple, Samsung, and even LG putting their own spin on phone-based wallets, but Apple may have something in the works that could make its offering stand out.

Word is that Apple is working on a money transfer service akin to the PayPal-owned app Venmo, allowing iPhone owners to send cash to each other directly, according to Recode.

A source claims the new Apple-powered payment service will be announced later this year — possibly during this fall's iPhone 8 launch event — though another source claims an announcement date and launch window have yet to be determined.

The report also says Apple is in talks with credit card company Visa to create its own debit cards. These pre-paid cards would allow iPhone users to send money via Apple's payment service and make purchases immediately, rather than marry a credit card to their Apple Pay or wait for a bank transaction to clear.

This isn't the first time we've heard reports of an Apple-branded, Venmo-like service, though we still recommend taking such reports with healthy skepticism until confirmed.

If we're lucky, we may learn more about Apple's plan to replace your wallet during Apple's annual WWDC conference, which is set for June 5-9 this year.