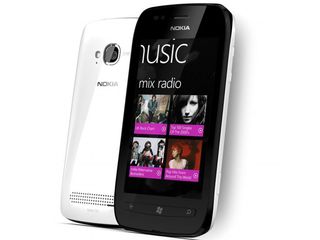 We published our PS Vita review this week.

The Vita has generated as much buzz over the years as any of the top smartphones, and it's easy to see why.

It's specs are top of the line, and offer a mobile gaming experience far beyond anything that's been possible up to now.

But it's not all been about the Vita this week. We've also been playing with the Nokia Lumia 710, a budget Windows Phone aiming to do battle with the likes of the HTC Radar. And the budget theme is continued with the Kogan TV we reviewed yesterday.

We still don't know if anyone's going to buy one, but there is no doubt that the PS Vita is an absolutely fantastic piece of hardware. Combining a brilliant 5-inch touchscreen OLED display, a quad core CPU, a quad core GPU, dual analogue sticks and a touch-sensitive rear, it's the most advanced handheld gaming device the world has ever seen. We even think the price is reasonable – considering the power, quality and polish the Vita brings with it, it's still much cheaper than many mobile phones that offer inferior components. But has the world moved on from £200+ handheld gaming consoles? With smartphones offering excellent games for less than a quid, convincing the public they should buy one and then drop 40 bob on a game is a big ask.

The Lumia 710 is a budget Windows Phone. Although we would buy it over the HTC Radar, it's overshadowed by the Nokia Lumia 800, which impressed us a lot more and makes the 710 feel more like its cheaper relative than we would have liked. We know that the phone costs less, but the cost savings feel too apparent. For the small drop in price and the expectation that both phones are to drop in price, we're left feeling that you're better off buying the 800 instead. However, based on the recent announcements from Nokia, it's likely this will remain the budget option for the foreseeable future - a little bit more of a price drop and we'll be a lot more impressed with this otherwise decent handset.

In a world ravaged by recession, it goes without saying that the word 'bargain' has become the marketing industry's favourite word. We know you haven't got much money, but this is awesome and cheap and you should buy it! This Kogan TV measures a hefty 55-inches, sports a Freeview HD tuner, 100Hz processing and Edge LED backlighting. And it costs just £999. That's an astonishing price for such a large TV, but would you be better off spending less on a smaller TV from a more reliable brand? Read the review to find out!

We're deep into the second round of Ultrabook releases by now, and we feel the HP Envy 14 Spectre sits alongside the Dell XPS 13 at the top of the heap. But these are two different machines with different focuses. The HP Envy 14 Spectre is the most media-centred Ultrabook, with a larger 14-inch screen, 1600 x 900 pixel resolution and Beats audio technology. But it won't win over fans looking for performance and portability, due to the lower spec processor and bulky Gorilla Glass chassis. If you can overcome the steep asking price then the HP Envy 14 Spectre is a well-built and stylish way to transport and enjoy your music, movies and do a spot of image editing.

This week's other reviews: