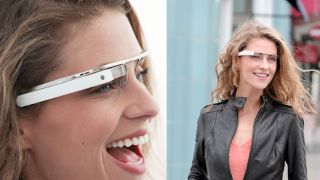 Google's Project Glass augmented reality facewear is an exciting technological development, but the futuristic glasses aren't about to be featured in any fashion shows.

Maybe that's why Oakley CEO Colin Baden has chosen to now reveal that the designer sunglasses company has been working on similar technology for some time.

"As an organization, we've been chasing this beast since 1997," Baden said in a published report. "Ultimately, everything happens through your eyes, and the closer we can bring it to your eyes, the quicker the consumer is going to adopt the platform."

Oakley would initially focus on creating heads-up displays for athletes, and from there the technology could be used for military and government purposes as well.

"Obviously, you can think of many applications in the competitive field of sports," Baden said. "That's the halo point of where we would begin, but certainly you can transcend that into a variety of other applications."

Their version of the glasses would function both in tandem with a smartphone and independently. They wouldn't be cheap, but advanced features like voice commands (à la the iPhone 4S's Siri) are a possibility.

Oakley's hasn't exactly shied away from tech glasses in the past. Google's Project Glass has been tentatively compared to Oakley's Thump mp3-compatible sunglasses, and their O ROKR PROs use bluetooth to integrate with music players.

They've also released stylish 3D glasses to offset that sinking feeling moviegoers get from wearing a piece of cardboard on their faces.

And a patent filed by Oakley late last year reveals plans for a "wearable high resolution audio visual interface," and that's only one of 600 patents the company has.

Baden refused to say either way whether these hypotheticals will ever come to fruition, but he did mention that he believes Oakley has one important advantage over Google and other tech companies: style.