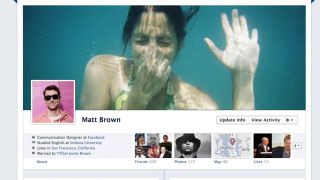 Facebook is set to bolster the search functionality on its site with a hope that users will ditch Google in favour of the social network.

This is according to unnamed sources, which cite that Facebook has a number of people working on the new search functionality – one of which is an ex Google employee.

Facebook is well known for keeping the amount of people working on its new features to a bare minimum. When it came to revamping its photo service, there were only a handful of people working on the project – and it is this type of working atmosphere which Facebook likes to feedback to other developers with its Facebook Garage events.

So it is interesting that there's said to be 24 people working on the new rumoured search functionality, and these are lead by former Google employee Lars Rasmussen.

This is all according to Business Week, which reckons Facebook wants to utilise its mountains of information with better search controls.

Although it is unlikely Facebook will reach the heady heights of Google's search traffic, Facebook has slowly but surely started feeding the web Inception-like into its network.

There are myriad apps out there that allow you to read content from papers within the site and this goes to listening to music as well.

The dream for Facebook would be to free its social data with better search. This is something Google is trying at the moment with integrating its search with Google+. This is proving difficult, though, because Google+ isn't embedded into people's lives as much as Facebook is at the moment.

The problem Facebook has, however, is the privacy controls on users' accounts – which means that a revamped search function would only really be able to show results which a member of the social network has set to public.

If Business Week is correct and Facebook is looking to make everyone change their homepage from Google to the social network, then this could well be something that shakes up a search market that's currently a one-horse race.