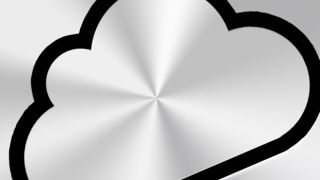 Apple is looking to close the door on its MobileMe cloud storage solution by offering a free Mac OS X upgrade to ease the transition to iCloud.

Macgasm reports that Apple is emailing MobileMe users promising a free DVD of the Snow Leopard operating system (Mac OS X 10.6) for those still making use of older versions of Mac OS X.

From there, Apple recommends that users open the Mac App Store, shell-out for the current Mac OS X Lion software and then register for iCloud.

With Apple's support for MobileMe coming to a close on June 30 this year, it represents the last chance for current users to upgrade to iCloud or risk losing their data.

While the upgrade option still means Mac users will have to pay for the new Lion operating system, it's a friendly nudge towards the free iCloud option.

It's also a cheaper solution for an OS X 10.7 upgrade as Apple has not released a DVD version for its download-only upgrade and versions older then Snow Leopard cannot access the Mac App Store.

Of course, this summer we're expecting Apple to launch Mac OS X 10.8 Mountain Lion so users who take Apple up on this offer could be using up to four different versions of OS X in a matter of months.