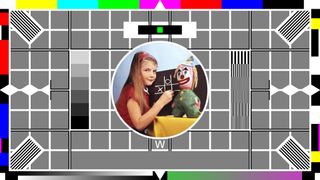 No more Ceefax for Londoners

Someone somewhere in London is currently hitting their TV as hard as possible and looking into the dark void of the screen, scratching their head and wondering why Jon Snow on Channel 4 News has been replaced with just snow.

That someone (we are calling them Ian) obviously didn't get the memo that the digital switchover has finally reached the capital, marking the near end of analogue television in the UK and also killing off Ceefax in the process – something Ian has yet to fathom, but when he does we're sure there will be tears…

Ceefax falls through the cracks – The digital switchover in London has officially ended the life of Ceefax in the capital. To mark the occasion thousands of people decided to use Twitter to tell their followers how much they loved a service they haven't used for years and the good ol' BBC penned a charming love letter to the service styled in Ceefax's own special way. Personally, we loved Bamboozle on the service. Wait, Bamboozle was on Teletext? Then we won't miss the service at all – unlike everyone contributing to #ceefaxmemories. [BBC]

World Wide Woof – An internet TV channel has been set up exclusively for dogs, with the service offering shows that will keep any stay at home dog appeased. The channel is a spin-off of Dog TV, a US cable channel that's been up and running since February and features shows such as SpongeBob SquarePants and harp music. Apparently this is what dogs like watching. We can think of some more canine-related shows: Rude Dog and The Dweebs, Woof, Crufts, One Man And His Dog, Desperate Housewives… [Reuters]

Wham, bam, Instagram – Facebook's $2 billion acquisition of Instagram took a mere three days and was all sorted out by Mark Zuckerberg himself, without any consent of his shareholders. We wonder if the contract came complete with a retro-hue. [Cnet]

The clothes (peep)show – A clothing company has decided that the world isn't weird enough and has invented clothing that becomes more see-through the more aroused you become. "Intimacy is a fashion project exploring the relation between intimacy and technology," says the site. Personally we can't see how wearing specialised smart e-foil will give you anything but myriad static shocks but to each their own. [Studio RooseGaarde]

Ice, ice baby – An iPhone 5 reared its head in China this week but before the web world could go mental and speculate on its size, look and overall existence, the thing turned out to just be a new flavour of ice cream. Hmm, and there's us thinking that Google was the one with ice cream on the brain. [iPhoneblogvasion]

Pirate promo promise – Pirate Bay spin-off Promo Bay is a success with thousands of budding musicians and novelists willing to put their content on the site in torrent form. And it's not just unsigned acts getting in on the act, writer Paulo Coelho has gotten into the act too. [BoingBoing]

Microsoft goes soft – Microsoft has revealed that its Xbox Live service will be free this weekend, meaning anyone who has been to Scrooge-like to pay for the Xbox's online facilities can find out what they are missing, while PS3 users laugh at them for having to pay at all. [SlashGear]

Facebook wants you to listen – Facebook has added another button on to its site. This one does not allow you to poke people or even like them. This one allows you to listen to bands you like straight from their fan pages. For some reason Facebook is advertising this fact with a picture of Justin Bieber – surely this is counter-intuitive, given he would be the last person anyone sane would want to listen to. [PR]

Steve Jobs lost years found – Apparently Steve Jobs was a forgetful fellow and lost a few years of his life back in the '80s. But don't fear, they have been found courtesy of journalist Brent Schlender, who interviewed Jobs when he was ousted from Apple all the way up to his successful transition back to Apple. [Fast Company]

Halo, is it me your looking for? – Master Chef is back and John Torode and the other one are ready and waiting to shout at people making food… sorry, we read the release wrong. MasterChief is back in a game that's set four years after Halo 3. Aptly titled Halo 4, the game sees its protagonist "confront his destiny and face an ancient evil". Rumours that the game focuses on Thatcher and the poll tax riots have proved to be false but you can find out the true plot for yourself when Halo 4 hits shops November 6. [TechSpot].