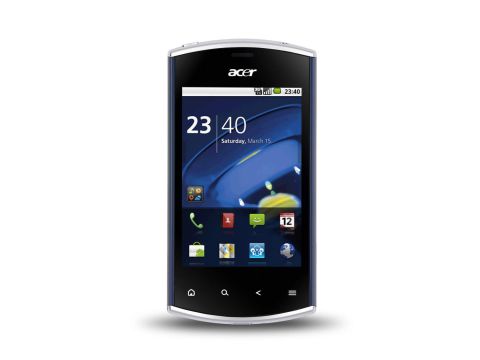 You won't get an Android 2.2 phone that lacks Google Maps, and it is right here complete, of course, with satellite and street views. You also have the new 3D mapping that is starting to roll out in some places. Birmingham, for example.

There's a separate app for Google Maps navigation and you can use the usual features to help you get around, including spoken destinations so you don't even have to bother with tapping at the small keyboard.

The GPS was fast when we used it in fairly non-built-up areas – we certainly had no complaints.

Like many other users of Android, Acer tries to add value with its own apps.

We have familiar critters like the media streaming service Spinlets and the rather useless avatar creator urFooz. There's also a nice little weather app that delivers a full week forecast and some news updates.

Documents To Go is here too, but only for viewing, not editing files.