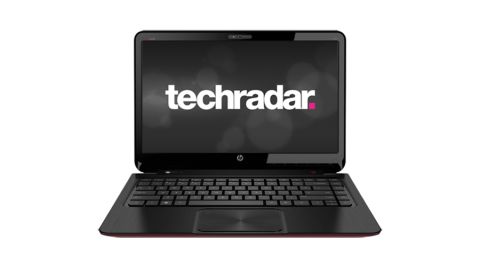 We've been quick to point out shortcomings with the HP Envy 4, but the truth is it's a very cool Ultrabook. It's got enough of a design edge to single it out and its performance, while not breathtaking, is certainly credible. If you want an Ultrabook for media use and aren't prepared to pay for the HP Envy Spectre then this is an affordable alternative.

The design and the portability are standout highlights of the HP Envy 4. It looks like a cool machine, and its affordability means we feel that younger consumers will appreciate it as a way to carry around both media and work documents without having to dig deep for a new MacBook Air.

Its performance is certainly capable for basic tasks too, and there's all the requisite connections here to add extra peripherals.

It might have been the case that so much time was spent on the HP Envy 4's design and features that usability fell by the wayside. Although the keyboard isn't bad, the touchpad and, in particular, the integrated buttons, are terrible. This would have been an easy fix and would improve the experience drastically.

We could also quibble about the performance but, truth be told, this is a value-for-money machine and, as such, we don't expect it to blow the roof off with power. That said, a couple of extra features - such as USB 3.0 compatibility and a slightly better battery life - would have been nice.

The HP Envy 4 is certainly one of the most affordable Ultrabooks we've seen. It's got a sleek design and the power is more than enough for basic office tasks and enjoying media on the move.

The Beats Audio and black metallic finish give this Ultrabook some street cred, and it's light and slim enough not to give you any trouble if you want to carry it around for a day.

It's not perfect - the keyboard and touchpad, aren't up to scratch and the battery life only just clears the 200-minute mark - but overall it would make an excellent choice for a student, media lover or regular traveller, while anyone looking for more power should probably look elsewhere.