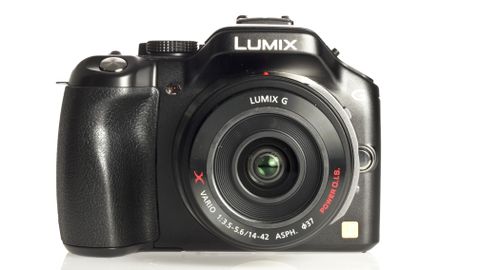 Recommended
Panasonic's latest compact system camera, which it is dubbing a DSLM, has lots to offer enthusiast and novice photographers

Images from the G5 are very good straight from the camera with lots of detail and bright, clear colours.

In low light conditions, images taken at high sensitivity display good control over noise, although not quite on a par with those from cameras with larger sensors.

On occasion, in mixed or artificial lighting, the auto white balance tends to produce warmer colours, but changing the white balance setting is easy from the quick menu.

Panasonic is very proud of the autofocus mechanism on its cameras, claiming it to be the fastest, and most accurate, in the world. For the G5, the company has introduced Eye Sensor AF, which means the camera will automatically focus as soon as the camera is lifted to the eye.

This is very handy for grabbing quick shots, and means you're ready to grab the action as it happens. It works very well, but it's perhaps most useful when using multi-point AF, rather than a singular point which may not be in the location you need.

Panasonic has introduced extra filters to the G5, bringing it in line with the recently announced GF5. These include Cross Process, Toy Camera and Dramatic Monotone.

As you might expect, some work better than others, with a lot of it of course being down to personal preference. Images can be shot in both raw format and JPEG, and you can remove the filter in post-production from the raw files should you choose.

It's a shame, however, that control over aperture and/or shutter speed can't be retained when shooting in Creative mode.

The screen works well in all but perhaps the brightest of sunlight. The same can be said about the EVF, which provides a clear and bright view, and only occasionally needs to be shielded from direct light.

One of the most useful advantages of EVFs over traditional optical devices is that a captured image pops up in the viewfinder. This helps to quickly determine whether the shot has been successful.

However, if you're shooting something which requires precise focusing, you may find you need to double check on the rear LCD screen as occasionally images can appear sharper in the EVF than they actually are.