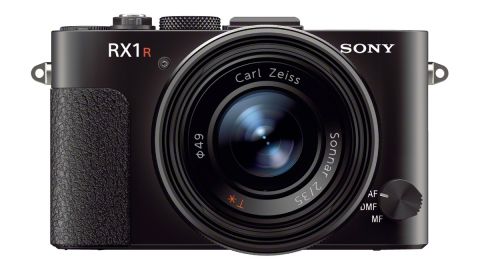 Sony, not being one of the heritage photography brands, tends to do things a little differently, just because it can. And the new Sony RX1-R is indeed different.

Last year the company introduced the Sony RX1, which is the world's smallest 35mm format digital camera. It's basically a compact camera, because you can't change the lens. Instead, it features a fixed length 35mm optic, making it a good choice for street photography.

Of course that huge sensor and fine engineering doesn't come cheap, and many have baulked at the Sony RX1's £2,500 / US$2,800 / AU$3,000 asking price. For something that doesn't offer the flexibility of interchangeable optics, it's an incredibly niche market that Sony is tapping into.

The suspicion is that Sony is less bothered about actual sales, and more about showing the world what it's capable of. By producing something unique like the Sony RX1, it shows that it is a credible photography brand, as well as the producer of mass consumer electronics such as televisions and PCs.

This seems to be a pretty popular move right now, with Nikon producing a variant of the D800 - the D800E- and the D7100 with the optical low pass filter removed. Several other companies, including Pentax Ricoh with the Ricoh GR, have also introduced new cameras with non-low pass filters.

The benefits of removing the optical low pass filter from a camera is that detail is clearer without the need for post-capture sharpening, since light doesn't have to travel through a softening filter to reach the sensor. The downside is that if you're photographing something with a repeating pattern (mainly man-made structures and objects) you may get moiré patterning appearing in the image.

This can usually be corrected in post-production, which Sony expects users of this type of camera to be familiar with.

The camera's premium quality is easy to feel as soon as you pick it up. Despite its small size, it's reasonably weighty, to give reassurance of the quality inside this miniature marvel.

Although the Sony RX1-R's fairly chunky fixed 35mm lens feels like it should be interchangeable, it's not. Sony says that this is because the lens has been specifically engineered to work well in conjunction with the large sensor, to get the best possible image quality. That's unlikely to stop people from wishing that Sony would produce a full-frame NEX camera in future - maybe that's in the pipeline though.

The leather-like coating on the right-hand side of the camera helps to make it feel pretty secure in the hand, while an additional thumb grip is available if you want to give it even more purchase.

At this price point and build quality, Sony is obviously aiming the RX1-R at very advanced photographers, and as such, the number of dials and buttons on the camera should make this very appealing to that kind of audience.

On top of the camera is a dial for switching between the various different modes on offer, while another is available for quickly changing the exposure compensation. This is positioned very well for reaching with your thumb, which is handy when shooting one-handed.

A ring around the base of the lens is used to alter aperture, although when the camera is in fully automatic mode, the ring has no use. A small dial on the back of the camera is used for altering shutter speed (when in shutter priority mode or fully manual mode).

On the Sony RX1-R's lens, you can find further dials. One for switching between standard focusing (0.3 metres to infinity) and another for enabling the camera's macro mode, which allows the camera to focus as close as 20cm. At the end of the lens is a manual focusing ring.

One of the best things about the camera is that most of the buttons, just like the Sony RX100's, can be customised to how you prefer to use the camera.

Like on the original RX1, Sony has decided not to include a touchscreen on the RX1-R. This makes changing the autofocus point a little more fiddly than the near-instant benefits of a touchscreen. First you'll need to press the button at the centre of the navigation pad, then use the arrow keys to scroll around the screen.

Since Sony hasn't changed the body or menu system of the RX1-R from its predecessor, for a more in depth look at the quirks of using the camera, you can read our original Sony RX1 review.