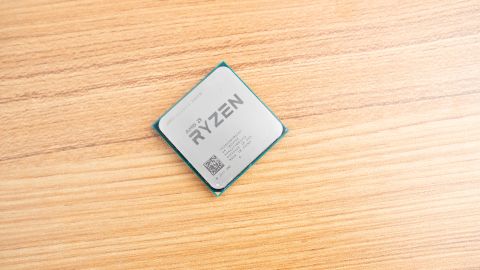 The Ryzen 5 2600X embarrasses its Intel rivals with dramatically higher multi-core performance, better single-core power and gaming performance, but sacrifices some of its original affordability in the process.

The AMD Ryzen 5 1600X was one of the best value processors you could buy last year, and now the Ryzen 5 2600X aims to continue that streak. With the new 12nm Zen+ architecture and a higher boost clock under its belt, this mid-range chip delivers greatly improved multi-core performance and gaming frame rates on par with Intel’s competing silicon.

Ryzen 2nd Generation’s answer for a mid-range CPU offers a startling amount of processing power, but it’s not necessarily the solution for everyone. The Ryzen 5 2600X ‘s price is a little high for budget builds, and the high-power draw and temperatures also add to the long-term costs of running this particular chip.

Strict gamers looking for an inexpensive processor will be better served with the Intel Core i5-8400, which performs just as well in games, even if it doesn’t offer the same amount of power.

The AMD Ryzen 7 2600X shares many of the same specifications as it predecessors, including the same core and thread count, base clock speed and L3 cache. Really, the only major improvement here is the 0.2Ghz higher boost clock speed – but that’s really all it needs to reach a significantly higher level of performance.

This is largely thanks to improvements made to Precision Boost that ensures that all threads are pushing the highest frequencies they can at all times. Then there’s also Extended Frequency Range 2 (XFR2) that’s now works across all cores.

We suspected that Ryzen 2nd Generation’s higher clock speeds would bring about an end to Intel’s frequency advantage and that’s appears to have been proved by the Ryzen 5 2600X’s performance numbers.

AMD’s new mid-range CPU achieves the same, if not better, single-core test numbers as the Intel Core i5-8600K and i5-8400. In terms of multi-core performance, the Ryzen 5 2600X holds a 7% advantage in GeekBench and 48% higher scores in CineBench.

The AMD Ryzen 5 2600X’s gaming performance isn’t nearly as impressive, so if you’re looking for a CPU to just game with, rather than encode video and stream, the Intel Core i5-8400 is a sure bet and the most affordable option here.

As with other Ryzen processors before it, the 2600X is unfortunately both power hungry and the hottest running chip out of the bunch.

The Ryzen 5 2600X isn’t quite the all-out victory that the Ryzen 7 2700X is, but the improvements made over its predecessor are significant and worthy of notice. AMD’s new mid-range processor also has significantly better multi-core performance over its Intel rivals while also handling games nearly as well.

This CPU is great value if you’re looking for a chip to do heavy multi-tasking and intense tasks like video editing and the like. However, if you’re just looking for a mid-range gaming processor the Intel Core i5-8400 is more than sufficient and a much more affordable part.