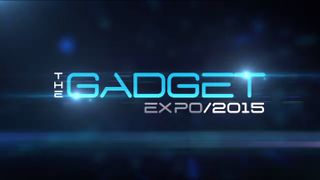 Australia is finally getting the Gadget Show it deserves

After years of casting our envious gaze across the oceans to the tech-laden halls of CES in Las Vegas or IFA in Berlin, our long-lasting wishes for an Australian technology expo are finally being answered.

The Gadget Expo will make its Australian debut at the Melbourne Convention and Exhibition Centre on July 4-5.

It's still early days in the planning cycle for the show, so there's still plenty of exhibitor announcements to come in the coming months. But we've put together a list of everything we know so far that you can expect to see on the show floor next year.

Every good tech show has important keynote speakers, interesting entrepreneurs and innovators who can tell the audience about what is happening in the world of gadgets.

The Gadget Expo 2015 is doubling down on the Gadget Stage, with some exciting personalities scheduled for the show floor, as well as audience participation and competitions on offer.

We're not exactly sure who is coming just yet, but some of the names we've heard bandied about behind the scenes are definitely worth booking a weekend away to Melbourne for.

You know what one of the most interesting parts of working in technology is? Gazing into the crystal ball and trying to guess what the next big thing is. It's why we can never begin speculating on what cool features will be in the iPhone 7 early enough.

The Platform Future at the Gadget Expo 2015 is dedicated to exactly this type of future-gazing. Exhibitors will have the opportunity to showcase their future tech to the general public, offering gadget fans exclusive up-close-and-personal time with tomorrow's technology.

No, it's not literally a bubble to keep gamers in – at least, we don't think it is. Instead, the Gadget Show 2015 will have an entire section of the floor dedicated to the wild world of gaming.

The interactive area will let customers get their hands on the latest and greatest games from a variety of publishers. For those with the skill to follow through, there will be gaming competitions against fellow show-goers.

And on top of that, expect to see an appearance from some pro-gaming athletes and YouTube gaming personalities.

Home automation is nothing new. But over the past 12 months, there's been a fundamental revolution in the way it is designed and delivered, shattering the barrier to entry and making it easier than ever to have an intelligent home system.

With the iPad Air 2 and iPhone 6 now so prevalent, home automation control is becoming as simple as installing the hardware and downloading the app. Apple's upcoming Homekit API is going to make it even easier, which means getting the most out of your home is one of the next big technology trends.

The Home Tech Zone at the Gadget Expo 2015 promises to deliver everything you need to know about these technological innovations.

Have you ever wondered what it is that makes the gadgets you love so much tick? What makes them work the way they work? What technological advances have happened in the past 10 years to make us come so far in such a short period of time?

The Innovation Zone at the Gadget Expo 2015 is all about answering those questions. With an array of presentations and demonstrations throughout the day, you and your entire family will be able to discover the inner workings of your favourite gadgets, and maybe even get enough insight to be able to go off and create your own.

It's no secret to TechRadar readers that the wearables market has exploded in 2014. It also shows no signs of slowing down in 2015, which is why the Gadget Expo 2015 has an entire section dedicated to lifestyle gadgets.