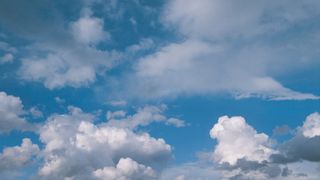 So what's up there?

No-one quite knows where the term 'cloud computing' came from, but it seems appropriate when you think that it's essentially about removing data and various IT functions from your office to another plane.

Of course the data isn't really floating in the clouds, but residing in the service provider's data centre, which could be located anywhere between the edge of the M25 and the edge of Bangalore. The crucial points for the user is that the data is secure, stored in a way that complies with their own country's regulations, and easily accessible.

There are a handful of models, the most basic of which infrastructure-as-a-service (IaaS). This involves replacing equipment used in-house for storage, hardware, servers and network components with corresponding elements hosted by the service provider at their data centre.

The big advantage of IaaS is that it usually allows the customer to pay only for the capacity that they use – the utility computing model – rather than making big investments in equipment that may never come close to capacity use. It also makes it possible to scale activities up and down as needed, and can be used when you're able to automate some tasks.

Second is platform-as-a-service (PaaS), which operates for computing platforms such as an operating system, database, web browser or network capacity. Again, customers rent virtualised servers and services on which they can run applications, and it is popular for the development and testing of new apps.

Next is the increasingly important software-as-a-service (SaaS), in which customers can use software and databases that run on the service provider's infrastructure and platforms. It can usually be accessed from any PC, laptop, tablet or smartphone, and often runs on licensed subscriptions, with a company getting a specific number of users per licence. This may not be as flexible as the utility computing model, but it is often easier to increase or reduce the number of licences than with in-house software.

Most of the applications run on servers that handle the service for a number of customers, but users see only their own operations.

The big advantages of SaaS are that it keeps down costs, the service provider takes responsibility for the software maintenance, and all users have access to the same version, rather than some having the latest while others wait for upgrades. This can be a big factor in ensuring that they work together more effectively. It is also a great asset in supporting mobile working, as employees are able to view and amend data from anywhere.

This has spun off into the growing number of enterprise social collaboration services, which are set up on the cloud to help people share information at a distance.

The one big concern with SaaS is that data sits on the host's servers, which may be a sensitive issue if it covers people's personal details, financial data or company intelligence, and may even break legal regulations.

Finally comes network-as-a-service (NaaS), in which the customer uses the connectivity services of the provider.

There is also plenty of talk about private, public, community and hybrid clouds.

The private cloud is operated for one company and can be managed internally or by a third party with access through direct connections. It's expensive and requires a lot of work in setting up, but can be customised to specific requirements, and facilitate a single sign-on, in which anyone on the company's network gets automatic access.

On a public cloud the services are provided over a network for public use with access through the internet. The levels of security are not so strong and there's less flexibility with the services, but it is also less expensive.

A community cloud shares infrastructure between a group of organisations that have some common concerns and requirements, and tends to be more important in areas such as the public sector.

The hybrid cloud uses two or more clouds, often public and private, or cloud services and in-house installations. It sounds more complex but it is increasingly popular as companies use it to meet their specific requirements at the optimum cost.