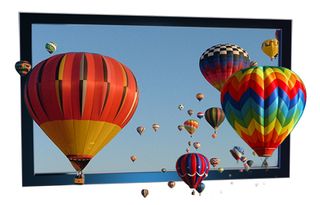 We've been getting news on 3D displays recently until it's almost coming out of our ears, but at least LG's latest LCD brings a little something extra to the party.

The new 23-inch 3D LCD screen is claimed to be the world's brightest with that extra dimension. LG says it's at least twice as bright as any of its rivals.

We're also told this was achieved by building the elements that generate the stereoscopic images into the LCD instead of putting them in layers that sit on top of the picture element where they can cut brightness.

LG says another benefit of the display is that it requires viewers to wear simple polarising glasses instead of more expensive 3D specs required by some other technologies.

If you want to test the Koreans' claim for yourself this week you'll need to drop by the Society for Information Display exhibition in Texas before it finishes on Friday.