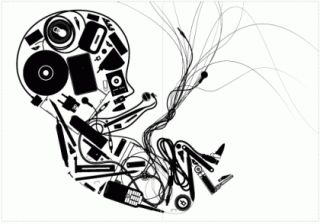 Parents in the UK are increasingly using mobile phones and the internet to both announce and give their babies an online presence in the world, according to research carried out by Orange.

Orange discovered that one in five new parents sent a camera-phone image of their newborn baby to friends and family within 10 minutes of it being born. Meanwhile, up to half took pictures of their babies within an hour. The survey questionned 1,000 new and expectant parents.

Of course, the desire to spread the happiness of a new arrival is quite understandable. But what seems, to us at least, slightly odd is Orange’s discovery that one in five parents has created a social networking profile for their baby – sometimes before it’s even been born. That’s over 57,000 babies with a Facebook, MySpace or Bebo page.

According to the research, it's not just newborns being 'snapped' either. One in seven parents have sent pictures of their unborn baby’s ultrasound scan via their mobile or email. That means over 100,000 babies every year are seen by friends and family before they're even born.