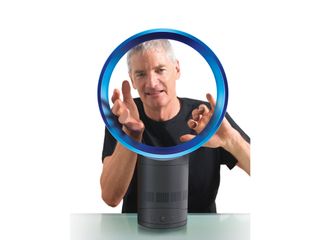 British technology entrepreneur and inventor Sir James Dyson has laid out his plan for making Britain a great tech innovator – after being asked to help out the Conservative party ahead of this year's general election.

Dyson – perhaps best known for his vacuum cleaner – was asked by leader of the opposition David Cameron to come up with a way to bring Britain to the forefront of technology, and his plan deals with five ways in which the UK can fight its way back to the cutting edge.

Among Dyson's recommendations to the Tories are the need to back projects like high speed rail and nuclear power, a return to teaching the three sciences separately and changes to the way University research is shared and companies are backed through the research and design stage.

"In it are the ideas that will help us create new, high-paying jobs right across our country. Dyson is one of Britain's biggest success stories and Sir James Dyson knows better than any bureaucrat how you start a business, build it up and start selling to the world – and he's put that knowledge into this blueprint for creating a generation of innovation and enterprise.

"And the bigger picture of these plans is a real gear change in the make up of the British economy. I want us to be the country that moves forward, that really starts making things again, that sees a world full of opportunity, a world covered in new markets for us to sell our goods and products and services to.

"I want us to be a country that stops just borrowing and buying from China and instead really starts selling to China.

"I'm excited about this future and I'm impatient to make it happen. From day one of a Conservative government we'll encourage the entrepreneurs who will start the businesses which will drive the industries which will create the high-paying jobs this country needs.