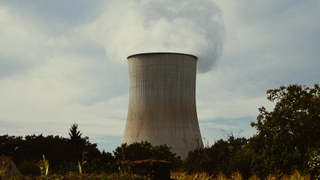 In the countryside of the south of France, about 60 kilometres north-east of Marseille, an international attempt to build a nuclear fusion power plant is underway. But it's behind schedule and way over budget, and there are fears that a reactor being built in China may be completed first.

Nuclear fusion generates energy the same way our Sun does - by heating hydrogen plasma to a high enough temperature for them to fuse into helium, releasing energy in the process. Scientists have understood the principles for decades, but years of experiments have failed to get it to a point where it can produce the cheap, zero-carbon energy that the theory promises.

An experimental reactor where that could be achieved is being built by an international consortium in Cadarache, France. But the budget is already triple the original estimates and completion has slipped from 2016 to 2019.

Meanwhile, China is working on its own reactor. While the Asian superpower is a member of the consortium building the French plant, it's funnelling cash into a homegrown project that may be finished before 2030. That's sparked several countries to ask whether China should be excluded from the international effort, though for now a collaborative approach has won out.

In Europe, the first plasma is unlikely before 2025, and it's unlikely to begin to produce more energy than it consumes before the early 2030s - after which point a new reactor will need to be built to commercialise the technology. In short, you're probably not going to be using fusion power until the latter part of the century.