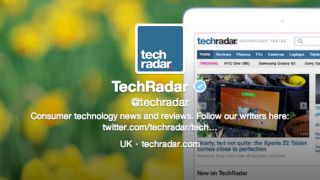 Twitter has angered some users with an experiment that displays tweets 'favourited' by people they follow appear within their timelines.

The limited test, which appears to be expanding to more users following rumblings of its existence late last month, essentially treats favourited tweets just like retweets.

The experiment has annoyed some 140-character aficionados who're upset about seeing more content from people they don't choose to follow.

Twitter itself is yet to comment on the test, which seems to blur the lines between the two of the main ways of interacting with timeline content.

If the feature were to roll out across all users, which still appears unlikely, it would fundamentally change the way users interact with the favourites tool.

Currently its used in a similar way to a Facebook Like, on some occasions it can be used as an acknowledgment a tweet has been received, while in other cases it can draw a line under a conversion. Some users also treat it as a way to bookmark a tweet they wish to return to at a later date.

However, users may be much more careful and conscious about clicking that star if the tweets begin appearing in their followers' timelines.

Twitter has already riled users with recent experiments, which has seen content from accounts followed by their friends also show up in timelines.