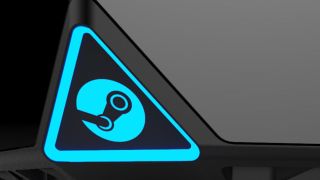 🕶 Steam Summer Sale 2019 date leaked as per tradition, it will begin on June 25, 2019 at 10AM PST and will last for two weeks.via SteamCN and confirmed by multiple sources.#Steam #SteamSummerSale #SteamSale #SteamDealshttps://t.co/hqW4V5S2uEMay 15, 2019

The Tweet shares details offered by SteamCN, a Chinese forum dedicated to covering Valve's Steam platform. The Steam Summer Sale 2019 is sure to come with a massive blitz of discounts on titles big and small. And, with the ongoing turf war between the Epic Games Store and Steam, Valve may attempt to give gamers even more incentive to stick around its platform.

Steam's sales offer major discounts, with prices slashed on games big and small. It also offers all sorts of bundles that can let you score whole collections of games at a low price (or at least much lower than the collection would normally cost).

On top of the deals on the year's most popular games, we wholly expect Valve to offer some serious deals for virtual reality (VR). As the slated dates for the the Steam Summer Sale 2019 happens to overlap with the release of the new Valve Index VR platform, it only makes sense that Valve will strongly coax VR adoption – even though Half-Life 3 would be the most obvious way to persuade gamers.

With a bit of luck, console gamers could also see Microsoft's Ultimate Game Sale and Sony's Mid-Year Sale jump into the fray to offer bit discounts on Xbox One and PS4 games. These deals would be extra valuable to PS4 owners, as the PlayStation 5 is set to offer backwards compatibility.

VR fans may also get the next Oculus Summer Sale around the same time if Facebook wants its VR platform to stay competitive with the new Valve Index.

Whichever platform you're on, it may be worth waiting to make any major game purchases. The Steam sale is only weeks away, and we still expect a Steam Spring Sale to show up before then. Who knows, maybe the Epic Games Store will even have a counter to Steam's sales.