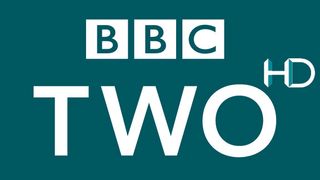 The much-loved and trailblazing BBC HD channel is set to close, with the channel being replaced by BBC2 HD.

But what is this BBC Two HD channel likely to bring to the UK viewing public? On what platforms will it be available and what will it show? TechRadar has put together a quick guide on what to expect from BBC2 HD.

BBC2 HD will replace what was Britain's first HD channel, with had its trial in 2006 and full launch on 1 December 2007.

The channel's first HD original programme was Planet Earth – setting the tone for the dramatic nature documentaries that have become the flagship of the BBC's HD output.

However, with all BBC One programmes now being simulcast on BBC One HD, the need for a separate HD channel has waned, meaning that the company has decided that the time has come to switch to a new offering, BBC Two HD.

The decision to shift tack in the HD channels was mooted in October 2011 and ratified by the BBC Trust in May 2012, confirming that BBC HD would close, and a simulcast of BBC Two would launch in its stead.

"We are approving changes to the BBC's High Definition provision although further work is needed to define the BBC's long term plans in this area," said the Trust.

"We are approving the Executive's proposals to make further investments into High Definition, including, launching a simulcast of BBC Two in HD in 2012 [and] launching full BBC One HD channels for Scotland, Wales and Northern Ireland to replicate the existing standard definition channel in each Nation in 2012.

"In order to enable these changes, the BBC will need to close the BBC HD channel."

A simulcast means that it will replicate the content on BBC2 using native HD programmes possible and upscaled versions elsewhere, in much the same way as BBC One HD operates.

What about BBC3 HD and BBC4 HD?

The BBC HD channel was a catchall for any programme in HD, meaning that programming from the BBC's other channels (3 and 4) or special content could be shown rather than slavishly following the agenda of a channel.

The move to a simulcast, of course, makes it much more difficult to divert from what BBC2 is showing.

However, most if not all of the BBC's HD content is likely to be surfaced on one of the two main channels, so it's unlikely that viewers will miss out on HD versions of their favourite shows.

If the Beeb persists with four channels, don't rule out the eventual arrival of BBC3 HD and BBC4 HD. But don't hold your breath.

When does BBC2 HD launch?

The BBC2 HD launch date has been set for March 2, at 6am in the morning. For spectacles wearers you can reenact the moment by taking them off, gazing at the slightly blurry screen and then putting them back on to see things sharper.

What platforms will BBC2 HD be on?