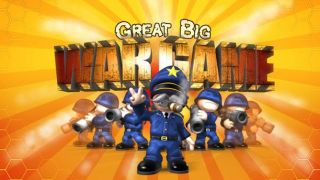 Rubicon claimed it had been spat on by Microsoft

Developer Rubicon launched a scathing attack on Microsoft this weekend after a popular game pulled in just £52 (USD$83, AUD$79) in its first week on Windows RT.

The Great Big War Game - a big hit on the iOS and Android platforms - has only three reviews after its first week on sale, each of them giving it the full five stars.

In a furious blog post, entitled 'Windows RT - Born to fail' the game's creator claimed it had been 'spat on' by Microsoft and vowed to halt all development for the platform.

Rubicon criticised Microsoft for not featuring the game prominently on its store because it hadn't been launched for Intel-based Windows 8 machines too.

"If other developers get this treatment, that store is going to look mighty bleak for a long time to come. Please take this as a warning.

"I know I sound bitter and twisted and there's a reason for that – I actually am. We have wasted a lot of time, resources and money on supporting this platform and all that happened was we got spat on."

Later, after removing the post, Rubicon said it had received a response from Microsoft and said the company was planning to work more closely with the developer.

"If anyone already read this post, it has had a very positive effect and Microsoft have graciously decided work with us to iron out the problems and get us past this incident," the new post read.

"With a sense of fair play, I'm putting my grumpiness on hiatus and deleting the juicy bits. Which was all of it, sorry."