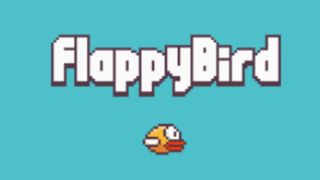 Flappy Bird will have its wings clipped on Sunday

The developer of popular Android and iOS game Flappy Bird has vowed to remove the title from the app stores on Sunday.

Independent Vietnamese developer Dong Nguyen is taking down the 8-bit inspired game, claiming "I can't take it anymore," which appears to be a reference to the attention and acclaim Flappy Bird is receiving.

Nguyen, from Hanoi, tweeted: "I am sorry 'Flappy Bird' users, 22 hours from now, I will take 'Flappy Bird' down. I cannot take this anymore."

He followed up that tweed by denying he's being forced into action due to legal reasons: He added: "It is not anything related to legal issues. I just cannot keep it anymore."

'People are overrating my games'

The addictive, yet surprisingly difficult to master game was a sleeper on both app stores before rising to the top of the charts on both platforms and bringing in an reported $50,000 in ad revenue each day.

Nguyen is the only developer at the Gears studio and has vowed to continue making games despite the imminent demise of the tap-to-levitate Flappy Birds.

Earlier this week the gave the impression he felt uncomfortable with Flappy Bird's popularity, while denying accusations that he stole pixels from the Super Mario Bros. games.

He tweeted: "Press people are overrating the success of my games. It is something I never want. Please give me peace."