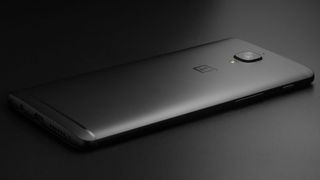 Are you ready for the OnePlus 5? One of the most eagerly awaited flagships of the year, the phone is tipped to launch either this month or next, and the leaks keep coming - with the latest concerning the dual-lens camera setup on the phone.

The dual-lens part has been all but confirmed in recent weeks, and now we have some sample shots from an anonymous source, one of which is in black and white. The suggestion is that one of the lenses that makes up the OnePlus 5 camera is going to be exclusively monochrome in order to bring out as much detail as possible in the shots, a rumor we've heard before.

That's a trick that's been used in the Huawei P9 and the Huawei P10 phones too, so it wouldn't be a surprise for OnePlus to go in this direction - the idea is that if one lens can concentrate on contrast and brightness rather than color, you get better-looking pictures overall.

Two lenses are better than one

This doesn't come from the most reliable or verifiable of sources, so take it with a pinch of cynicism for now, but it does make sense - OnePlus itself has been talking up the quality of the camera in the upcoming phone, and fitting a monochrome sensor would be one way to help it stand out from the crowd.

Dual-lens cameras are becoming more and more popular with device makers, with Apple adding it to the iPhone 7 Plus last year and expected to stick with the approach for at least some of this year's iPhones. It allows photographers to take advantage of a number of tricks, including backgrounds that blur automatically behind a subject.

As for the OnePlus 5, we're expecting big things when the flagship finally does see the light of day. It's rumored to be rocking a 5.3-inch or 5.5-inch edge-to-edge 2K display, a Snapdragon 835 CPU and either 6GB or 8GB of RAM. As always, we'll bring you the official news when the time comes.