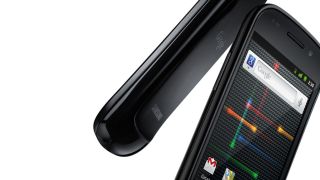 The Google v Oracle trial has exposed plenty of hidden facts about the inner workings of Google, not least of which was today's Blackberry-esque mockup of a 2006 prototype Google Phone.

But today also revealed equally juicy revenue figures for the fiscal fans. Today in court brought details on the drastic gap in Android's app and ad revenue. Android's 2010 revenue forecast revealed $158.9 million (about £98,136,640) from ads and a mere fortieth of that, $3.8 million (£1852800), from apps.

The large rift was expectable, but this is the first chance we've had to see the actual numbers. Google gives developers 70% of an app's purchase price, and carriers and payment processors get 25%. Google only keeps 5%.

Apple's app revenue during the same time period was $1,782 million (£1,100,563,200). But Google had just barely secured second place in 2010 and the landscape was entirely different, so of course the numbers are sure to be wildly different today.

We'll keep you updated with any and all new information that surfaces from the Oracle and Google trial.