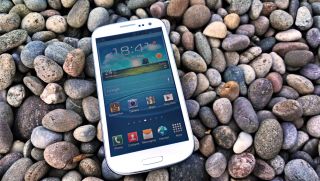 The Galaxy S3's release has been plagued by numerous delays

The latest offering in Samsung's flagship line of Android smartphones, the Galaxy S3, has been delayed yet again for release on Verizon.

The Galaxy S3 was initially meant for a mid-late June U.S. release on most major carriers, but on June 21 it was announced that it would be delayed on all four (AT&T, T-Mobile, Sprint, and Verizon).

At the time, Verizon's Samsung Galaxy S3 release was pushed back from the already-late July 9 a single day to July 10.

Now that the Galaxy S3 release date for the other three major carriers has come to pass, it's surprising that Verizon's Galaxy S3 has been delayed yet again.

TechRadar reached out to Verizon for comment, but the company has yet to respond.

But some sites are reporting that customers who pre-ordered the phone have already received it, further muddying the Verizon Galaxy S3's release.

Exciting features like true multitasking (watching a video in one corner while texting or surfing the web in another, for example) make it extremely attractive when compared to its biggest competitor, Apple's iPhone 4S.

And Apple's attempts to have the Galaxy S3 banned in the U.S. have so far been unsuccessful.

Maybe that's why Samsung predicted the Galaxy S3 will sell 10 million units in July. With every version set to finally be release by July 12, they might even reach that goal.